Skip to content
What I feel like saying…
In grief there are many moments whereby I felt like I’m in a hurry to do good and everything I can with my existence to make the world much better before I eventually be buried 6 feet under….. (rushing cos time is running out)
And there are also parts of me that don’t wanna participate and just be.
So parts of me in a hurry to make the best of my time on earth and be productive while another side wanted to lay back and say to death- take me, I’m not going anywhere.
In such dilemma, not just war of emotions were raging within, but also mentally, body and spiritually.
And for a moment, one can listen to the gaps in between the uproar.
Between surrender and action. Between peace and turmoil. Between the doer me and do nothing me. Both are me. But being splitted for a sec.
Like the TV series Flash, I felt as if the slower me was watching the faster me in action… 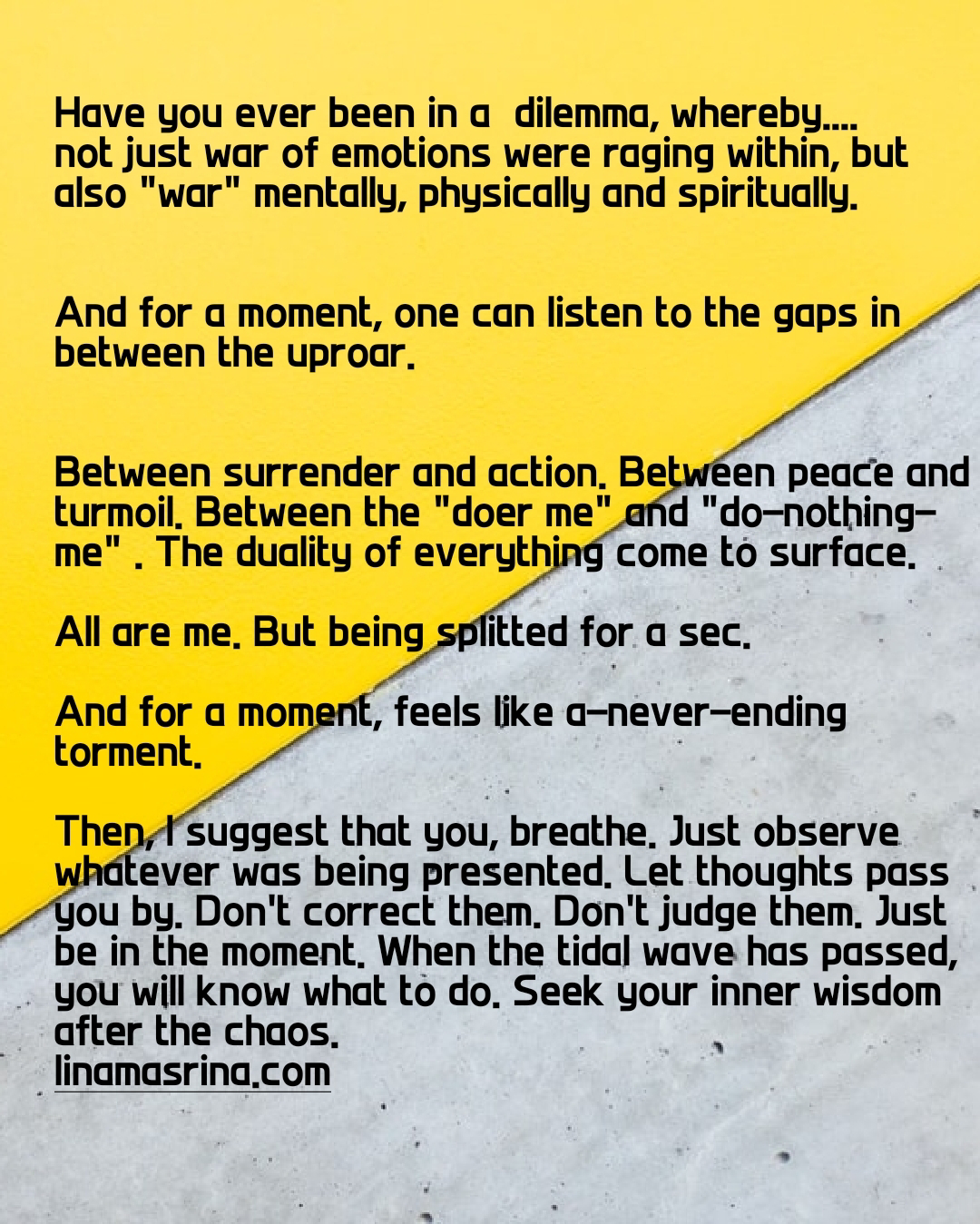 Have you ever felt or seen yourself this way?
Love,
Lina.
(Visited 25 times, 1 visits today)