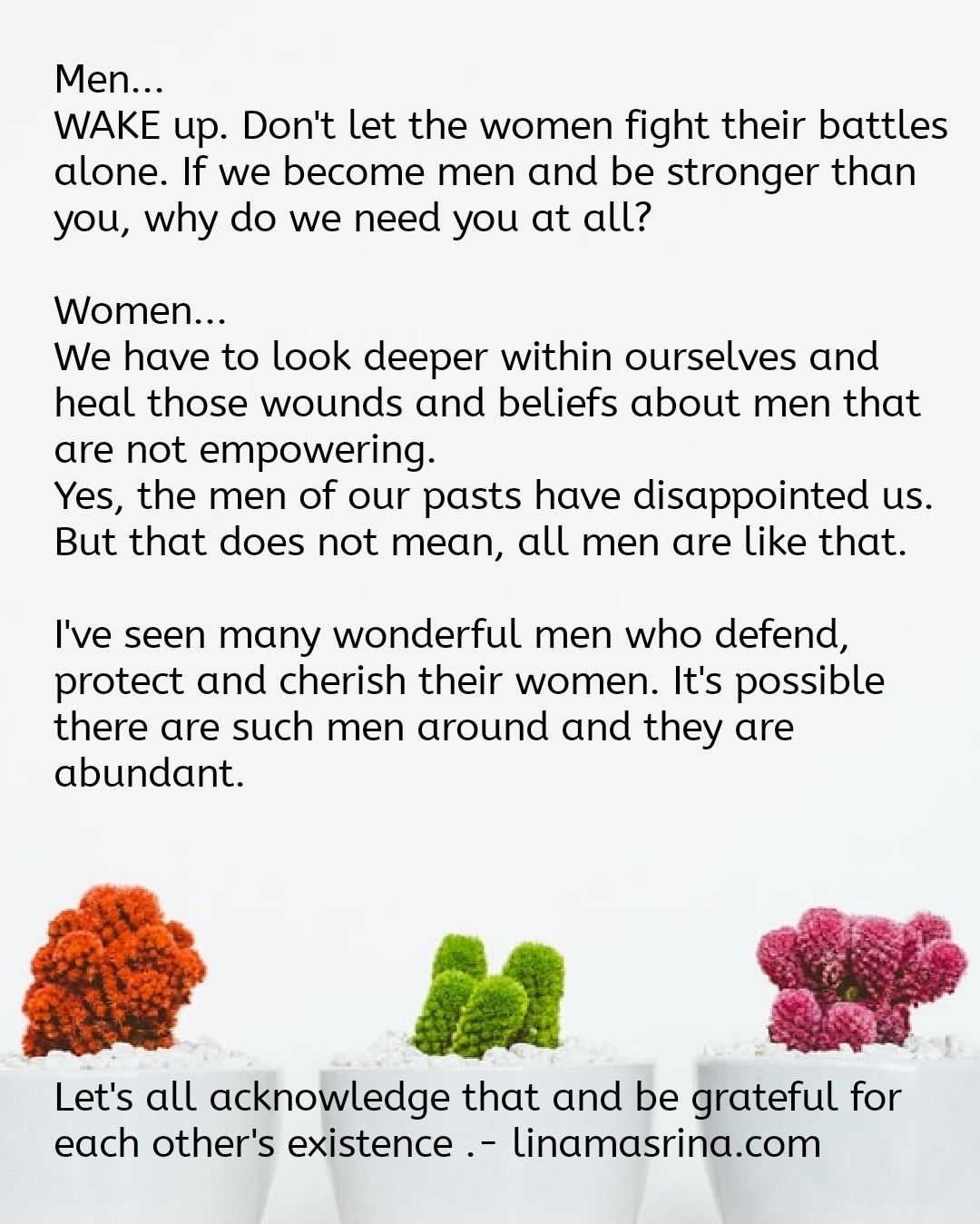 Men…
WAKE up. Don’t let the women fight their battles alone. If we become men and be stronger than you, why do we need you at all?
And women, especially dear self….
We have to look deeper within ourselves and heal those wounds and beliefs about men that are not empowering.
Yes, the men of our pasts have disappointed us. But that does not mean, all men are like that.
I’ve seen many wonderful men who defend, protect and cherish their women. It’s possible there are such men around and they are abundant.
Let’s all acknowledge that and be grateful for each other.
I also acknowledge that….
As I heal more so will my reality be healed.
Let’s all…
Take time to heal and forgive them (and ourselves as well).
I still am a Muslim because I believe that religion is simple and good, only humans complicate it.
Eid Mubarak.
Happy blessed Hajj day…
Love,
Lina.
(Visited 20 times, 1 visits today)