Skip to content
What I feel like saying….
There are groups of people in the world who thinks that certain race, gender, beliefs, religion etc are supreme and stand above others.
They felt they are of higher grade and looked upon others as beneath them.
And there are also people who utter “freaks” to anyone that seem “abnormal”.
Truthfully we are all freaks. We are all not normal. We are all different. We have different upbringing, different beliefs, skin colors, genders and many more. And we have different abilities and perspectives. We see the world thru our own tinted lens.
And do we own the world? No. I doubt we even come from. Earth, originally. (Stories from Islam and even the Bible stating that the first man and woman were from Heaven, and were placed to Earth, later)
We should do whatever it takes to coexist harmoniously with what is already present.
Anyone who thinks that only one race, or one gender or even one religion is superior or supreme, should live in cave.
Cause… look around you, there is no such thing as pure blood, or pure race or pure white, pure black…
We eat from variety of foods manufactured or harvested from around the world. Every grain, corn, pasta, potatoes, couscous noodles come from someone’s sweat, energy, hardwork etc
And when one country is in crisis, others throng and give their support. Doctors, nurses, volunteers, medical aids….
What about blood? When we need blood, do we bother whether the blood donation comes from variety of race, gender or and religion? No.
When one nation is affected by acts of God like tsunami, do others feel the pain? 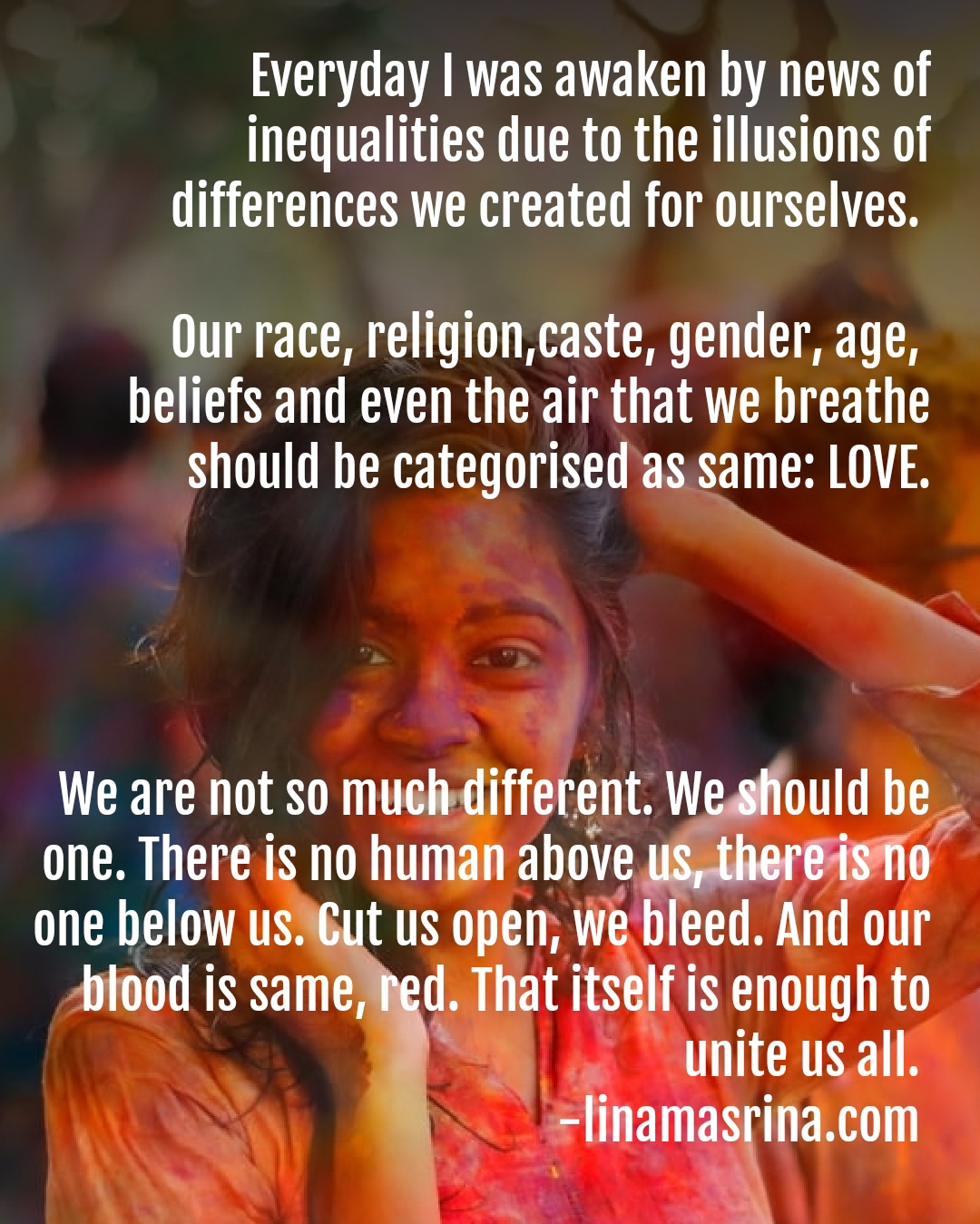 We all do. Because we are humans. Our race should be humanity. Our religion should be humanity. Anything that separates us, should be converted to love.
The world is vast and abundant. There is always more than enough for everyone. And we should work together to lead a wonderful life with one another.
Embrace our differences and use that in a positive way instead of fearing one another’s greatness.
Let’s work together as one world of love.
Love,
Lina.
(Visited 30 times, 1 visits today)