Skip to content
Day 32 – the art of being authentic, conscious and abundant woman series continues….
what I feel like saying…
When I was popular as a food and travel blogger and was galloping from medias of one country to another, I wanted my own travel show.
I formed a beautiful team. And everyone was excited. We got a big sponsor from one of the oldest bank. And my spirits soared.
But we met with many blocks and hurdles. One by one, we were chewed alive by the naysayers. And I’m the worst of them all, being eaten, alive.
Imagined meeting big shots all over the country just to be slammed in the face that I’m not good enough. I didn’t know how I get up from that but I did.
It was not meant to be and we gave up. Years later, I heard that a prominent TV producer told my partner that – I cannot make it. I just don’t have it. I don’t have the makings of a star.
I wished that person tell that to my face with much compassion. Then I knew where to work on.
I have issues with being in the limelight, alone. I tend to shy away. But not if its a group thingy…
I have performed a thousand times on stage as a dancer. And I shine. I truly did because I love it.
But if I were to do it on my own, my nerves get the better of me. I have pretended to be “extrovert” in many occasions when needed. But eventually I have to acknowledge my true self.
If given the chance, I rather cuddle at home with a good book to read or a list of good rom-com movies.
Even my blog had no photos of me in the beginning. I wanted to stay invisible. But when the media sought me out, I slowly put my face to my words in the blog.
As a child, I was often left alone that I befriended that loneliness and made me my own BFF. I am comfy in my own space and company.
Even speaking up for myself sometimes, need a lot of preparation and planning. And I dislike anything confrontational.
And I did not have a healthy boundaries with my loved ones. I remembered one of my closest called me a “bitch” not in an angry tone but more of a joke. But I never stop her even though I hated that word. (I felt girls/women should not downgrade each other with bad name calling as such) .
Anyway, I got tired of being stepped on. Eventually, I whispered up, mumbled up and eventually my voice gets stronger. And I speak up. And sometimes I walked away (I used to be afraid of embarrassing others) .
Now, I’m not afraid to own up being an introvert. Its okay if I’m not good on cameras and TV. I did my best. (You have no idea how many sleepless nights I had just to be on 1 show, which is often less than 30 minutes) .
And I should applaud myself for that. A standing ovation, perhaps.
Looking back, I’ve gone a long way from that girl who is afraid to speak up for herself.
And I’ve traveled solo around the world. I’m not afraid to speak up and socialise. I’ve talked to many strangers in my journey. And I’ve kept a healthy boundary with them as well.
And I’m constantly experimenting to express my truth.
Truly grateful for my experiences. 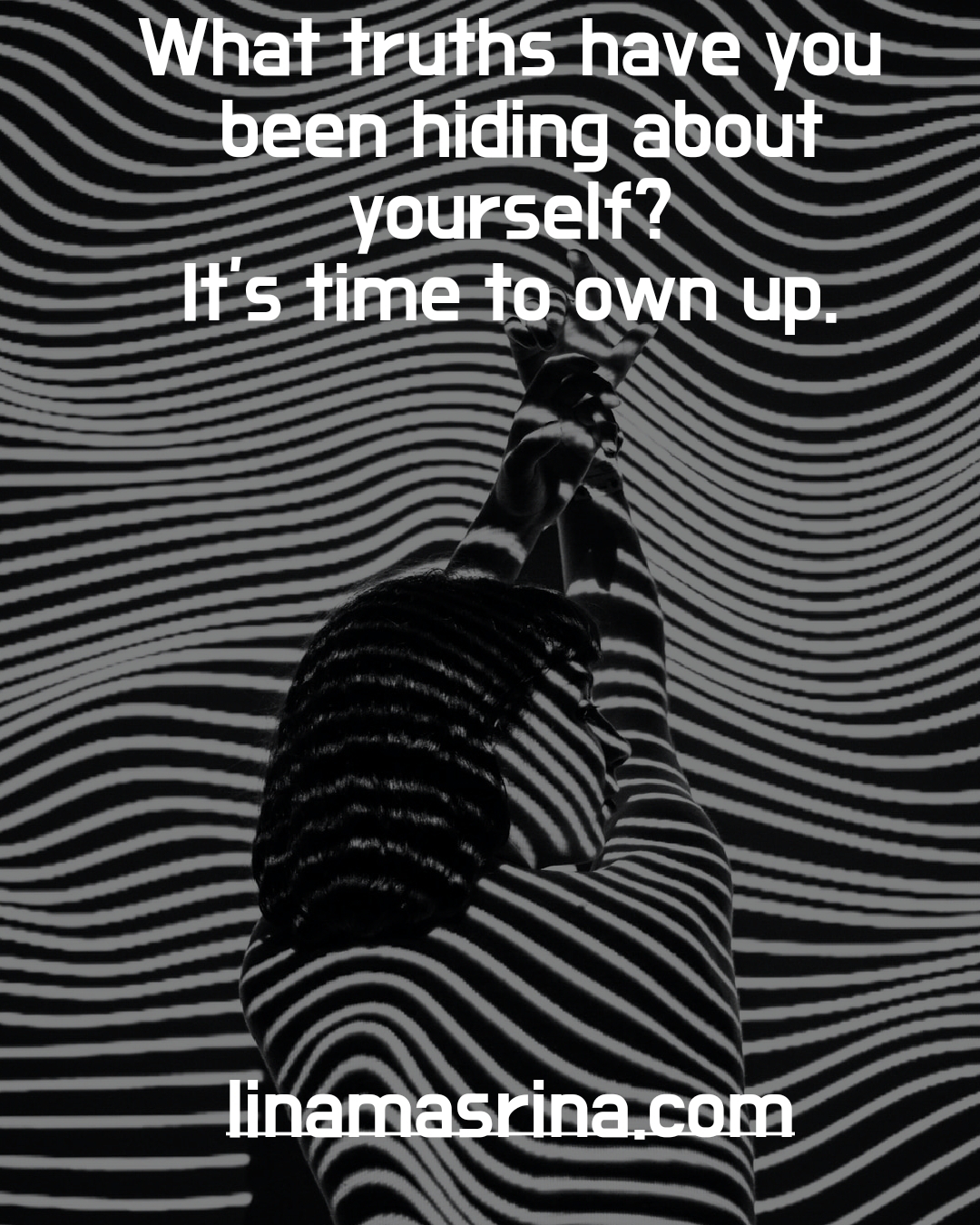 What truth have you been hiding about yourself? Own up.
Love,
Lina.
Do check out my previous everyday postings on women empowerment 🙂
————————————-
Creating tribes of authentic, conscious
abundant women around the world.
linamasrina.com
(Visited 3 times, 1 visits today)