Skip to content
Day 20 – the art of being authentic, conscious and abundant woman series continues….
what I feel like saying…
What people think of you, is None of your business. 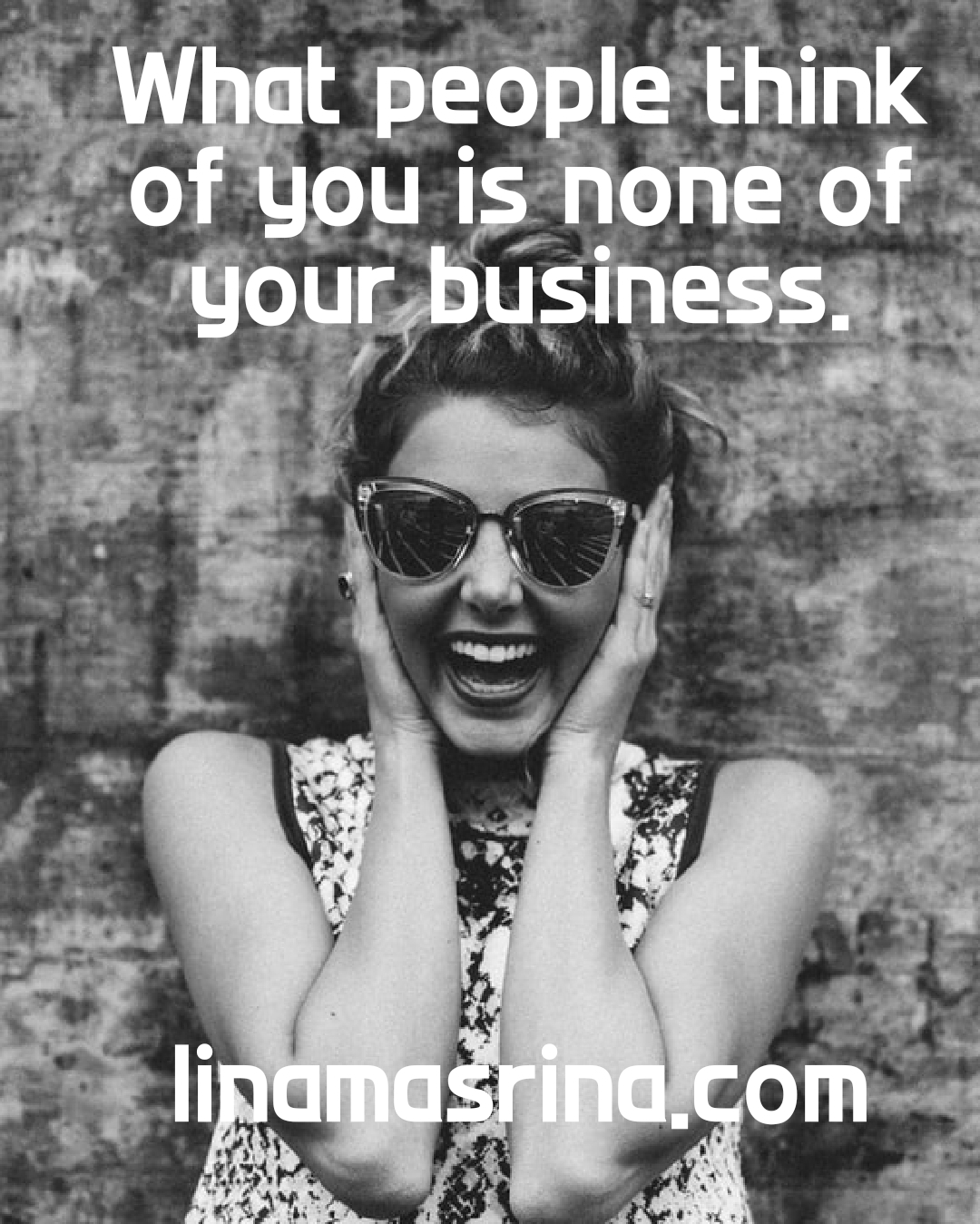 Starting blogging was not easy for me in 2007. I procrastinate for 2 years.
I had lost sight of the true me. And I wanted to hear my own opinions, my own voice out loud again. I wanted to get to know myself all over again. But mainly I wanted to express myself.
It was just for fun. For me. I started out blogging my day to day activities with my kids. And eventually it focused mainly on food.
I started out without letting anyone I knew, know. Being mysteriously unknown, it gives me the freedom to be who I wanna be
And I can write whatever feels right, to me.
At first, there were no one. No readers. But I continued anyway. And somehow, there was a fiery spirit, a strong intention building up within. And I go with the flow.
Somehow my blog got picked up by a local magazine. And then it spreads. I was told by some of the bloggers I used to “hang out” in the Internet sphere that my blog was cool. That motivates me more.
As my popularity soars, so were the haters. Of course their comments bite me. It was painful. I was alone, forking out money out of my own pocket.
Spending time, money, energy, tears (sometimes the food people were not nice, as well) and many more, mostly out of my comfort zone.
And yet, people can just hurl words that hurt just because… It wasn’t even constructive.
It was personal abuses thrown for no reasons (reasons only known to the bullies) .
But I focused on my joy. The reason why I do this. I ignored the naysayers. They have no idea what courage it took for this introvert to voice out. And I was truly alone. No one was supporting.
And even when it became popular, not many can visibly pat me on the back. Not many can confess they read my blog.
Only my parents were my fans. Even my former spouse did not read my blog and knew nothing to congratulate me for my achievements (but he supports me in the spontaneous roadtrips on the blog by being the route planner, driver etc).
But does that slowed me down? At first. But later I used them to empower myself to be better and do more.
And for the first time, I felt I was standing up. For years being the homemaker, I was often invisible in the background, helping everyone else.
And for the first time… I was doing something for me.
Eventually that intention evolved.
At first was for me, and then I intended for the community and eventually the world.
I no longer was bothered by the people’s comments.
Because I know its none of my business. As I learn more, I realised the words of negativity/abuses that come out of our mouths are actually showcasing our limited selves. It was never about the other person. It was always about ourselves.
Because how we viewed others is thru our lenses. Thru our own life experiences, beliefs adopted.
And I learn to circle myself with empowering, positive people. Toxic ones, I got no time, no space. I have to let them go, with love.
And I’m truly grateful. From a simple homemaker, I was known in my community and then out to the world. From zero readers to million readers around the world.
I have also appeared on local and international TV and radio. And also local newspapers and magazines as well.
I’ve met many wonderful celebrity bloggers, stars, TV shows producers of the world and many more. And the best things are: I get to travel the world, wherever, whenever I desire.
I’m truly grateful.
Love,
Lina.
Do check out my previous everyday postings on women empowerment 🙂
————————————-
Creating tribes of authentic, conscious
abundant women around the world.
linamasrina.com
(Visited 20 times, 1 visits today)