Skip to content
Day 18 – the art of being authentic, conscious and abundant woman series continues….
what I feel like saying…
On the last day, my mom and brother were to leave my father and me, my father asked me: what do I want to eat?
He knew my favorite was “asam pedas ayam” (chicken cooked in a light, sourish chilli gravy) and told me that he will patiently wait for my return from school. And my favorite meal will be served.
Without my father’s knowledge, my mom had asked me to live together with them with my grandparents .
She told me to run away. (later I found out, it was my grandmom’s idea because she felt strongly that I should stay with my mom. She was also very intuitive)
My brother was officially to be in my mom’s custody and me in my father’s.
I was in a mess. I was very sad about my parents’ divorce and not only that, I had to run away? It felt like the ultimate betrayal to a man who had lost his wife and his son. And I had to double stab him in the back?
I wasn’t sure what to do. I was only 10. There was no one to confide in. Mom had already taught us, as kids, that what happens in the family, keep it within.
But eventually, I heed my mom’s instructions and run away.
I felt so guilty and a great big sorrow trapped within me for the betrayal that I did.
I often imagined my father waited till late night, crying in disappointment with the food he cooked for me with much love. And I cried myself to sleep for not able to prevent that.
No child should bear the brunt of their parents divorce.
It will stay within that child for decades replaying over and over again. Feeling guilty and broken at the same time. Feeling helpless and hopeless.
I had difficulty forgiving myself. For many decades, I felt guilty for leaving my father.
I was not able to communicate and seek my father’s forgiveness because I was told not to say anything to anyone. For many decades, I kept this within me. It was very heavy. 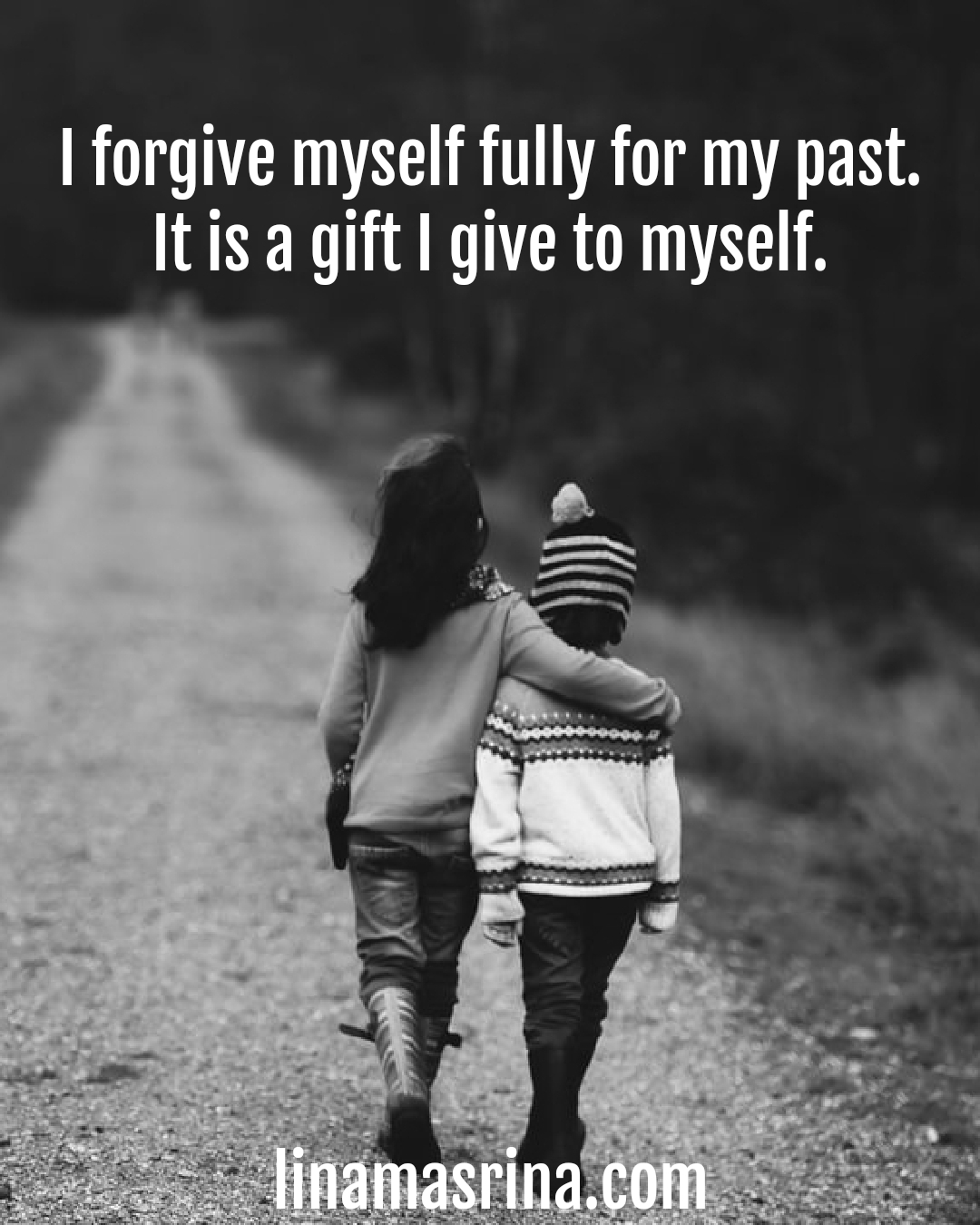 But as time goes, I learn to heal and forgive myself. And now, whenever I miss the good old times with my parents, I will cook me and my kids that beautiful dish of chicken in sourish chilly gravy.
My kids love it because I infused the love I remembered from my parents especially my father.
And I learn to communicate openly with my kids. I did my best to prepare them for my own divorce and support them fully.
I also taught them to voice out their everything with me, even if they think it will make me mad. Because I believe true and open communication has to exist in every relationship.
Love,
Lina.
Do check out my previous everyday postings on women empowerment 🙂
————————————-
Creating tribes of authentic, conscious
abundant women around the world.
linamasrina.com
(Visited 19 times, 1 visits today)