Skip to content
I stopped using blogger platform for awhile cos I felt something amiss. There were parts of me that felt compromised. And I need a breather.
I resolute to post in my fb page daily on empowering woman but mainly, I was posting to myself, as a reminder.
As some of my friends were not on fb and some refused to read fb like some of us, who don’t read the newspaper or watch TV daily, I decided to post these little snippets here as well, but in slower and later dates.
Anyway…. This is just an intro. I do my best to write from my heart and soul. Hope you get to express yourself daily as well.
And for those of you who wonder why I chose to empower women, now….
The why….
I’ve already started this many, many decades ago.
Since young, I love to “champion” the underdogs. And girls have been the “underdogs” in my life.
And I was often amongst them, empowering girls in my own way.
And when I was born, though my mom’s world rejoiced, my father was disappointed. He wanted a boy (back then, baby boys were much sought after and celebrated but today, he has changed for the better).
Anyway as I facilitate healing for women around the world, I noticed many were in similar situations as me. We were often “rejected” for our gender, our voices and many more.
And not only that, growing up, I never truly belong with the girls or the women. I often felt as an outsider.
We attract what we are. And looking in, I take that as my own “internal rejection” from baby-hood.
Life is one full circle. Eventually I came home to myself, and to the gender I had long forgotten and forsaken.
As I travel and heal these wounds, I am truly grateful to manifest wonderful women friends and tribes around the world.
I have been blessed to meet and hang out with some of the most amazing powerful women, who empowers others in their everyday lives. And I hope to do my part.
And so these are for the unique women of the world who were once rejected for their truth, including me.

Check out my every day “what i feel like saying” : Women Empowerment Series : Everyday, Be the authentic, conscious and abundant women that we already are (the art of being). 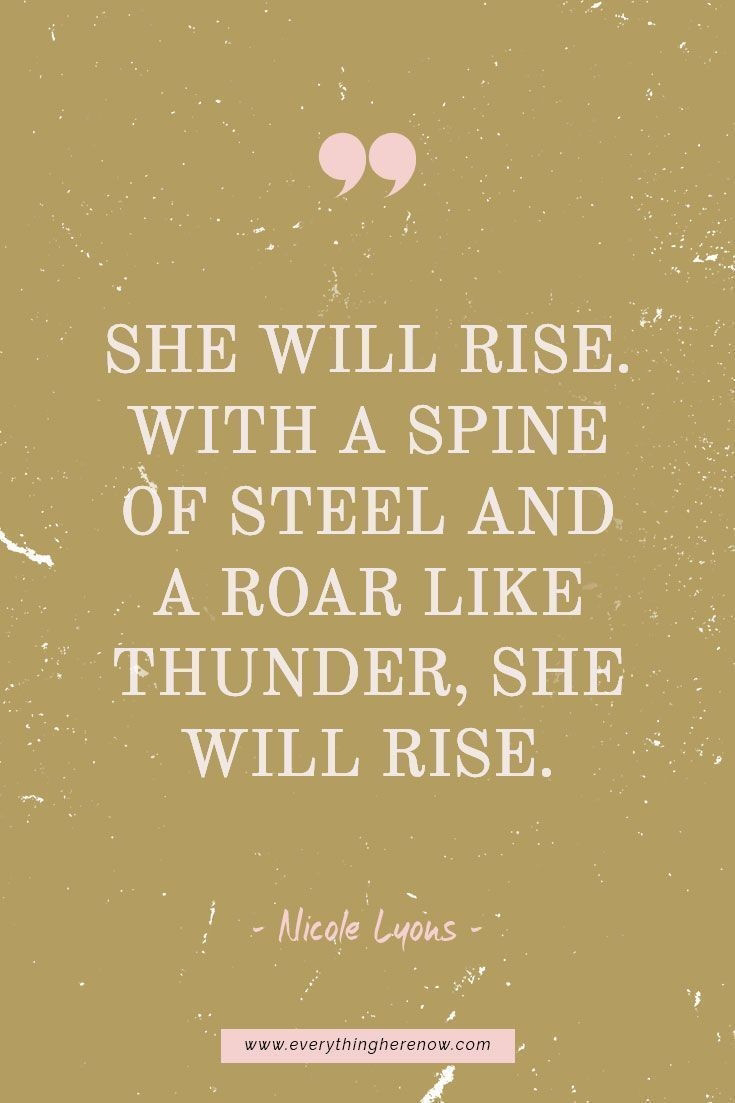 Introduction to the Women Empowerment Series: Creating tribes of authentic, conscious and abundant women around the world.
Today…
What I feel like saying…. (do note, its not what I think I should say for my ego sake etc)
I felt a big chunk of me went to hiding after my mom passed. Like a child whose source of manly inspiration lies in her she-roes, when she passed, I felt some parts of me died.
Nevertheless, I’m determined to be better than I used to be and I shall write whatever I feel like saying whenever wherever and give my blog a rest (I also felt that I had compromised my blogging voice and spirit there and taking a breather).
Being a single parent, regardless of how many kids one have, it’s tough. Tough on the parent/s and the kid/s as well. And so all help and support is truly appreciated though unasked.
One of those I truly appreciated is support. Support not in material needs but support as if you backed me up or you fight with me or you stand with me.
When I chose to be a single parent, my stand is clear regardless if my family or the world is against it.
My mom knew that and she supported me thru out even if she has her own thoughts against it. She defended me invisibly (though she may not share with me out loud) against my naysayers or hypocrites (pretend to side with us but behind us slowly stabbing us).
But slowly the line between those with me and those not and those against were clearly visible.
There were times when I had to stand up to protect myself and kids against male bullies (while some known men were around me).
I was angry. I felt as if what my grandma, my mom and other aunties went thru is repeating itself.
(In our families, we women have to defend ourselves and protect ourselves sometimes even for our male family members because the men were busy being pampered by the elders that they believe they are above women and lay supreme and some “male protector” skills were lost but the women rose up and be their own protector.-in Asia, many decades ago or perhaps its still the same in some households- baby boys were thought to be lucky charms, “saviours”, pride and joy unlike daughters where some claim to be “liabilities” in many ways)
So I thought no man has the balls to fight with me or for me, and so I “man-up”. I pretend, to be one, to be as strong as them, just to defend and protect ourselves.
And later one by one, friends either left or I leave them since we no longer see life the same way. Why?
Because eventually, we will remember the silence of our friends… Than the words of our enemies. 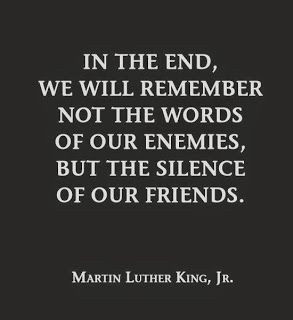 Because being a single parent is definitely an unknown path. Though I’ve seen my own mom in her single parenthood path, it’s totally different for me. And I felt like I’m the only one walking opposite paths of others.
It’s exhausting some times, it can also be amazingly wonderful. And so, in this path, I chose to embrace quality people than quantity. When going to “war”, one need people who they trust with their lives, right?
That’s what I felt, back then.
Moving on…
I suggest that each of us ponder about this. In every part of the world there is someone who is fighting or sharing their causes and purposes. 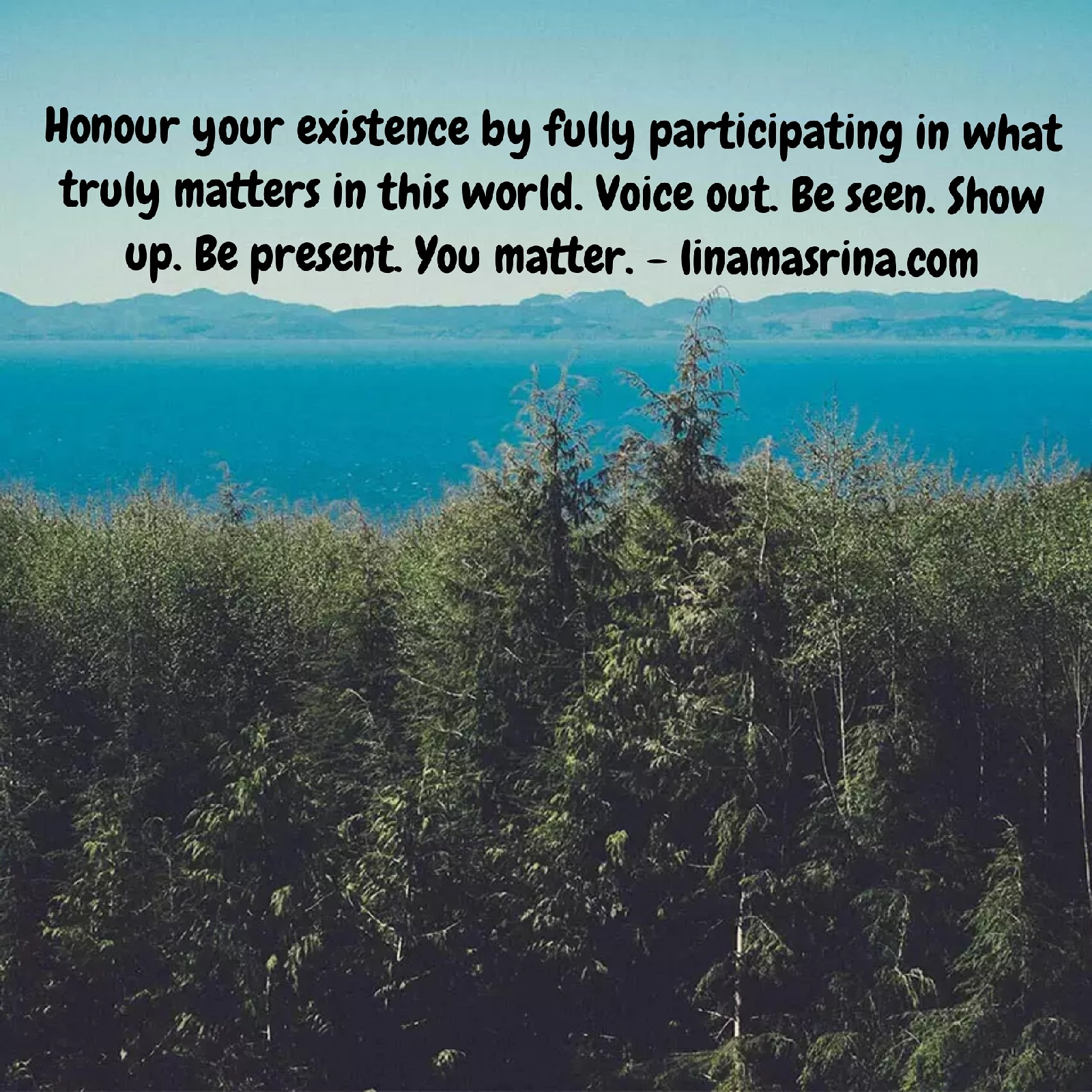 Take sides if its yours as well. Support fully in things that matter. Be seen. Voice out. Don’t let these warriors’ voices be drowned by those against them but be with them and create an uproar for changes to happen.
At the end of your life, you will regret for not standing up to your own voice nor support those who do theirs.
Stop being an onlooker. Help, support, guide, do whatever it takes. Participate fully.
Don’t pretend to participate (ya know, when accidents happen, how many truly helped? While others clicked that experience thru their gadgets-taking photos or videos or just to pretend or be seen as if they were sharing others’ pain but actually enjoying their own selfish glory and gain-to gather as many likes in their social platforms.)
Be authentic. Support fully. Voice out. Stand up. Be seen. Be present. Do whatever it takes. Everyone matters.
First and foremost, thank you for your support for the past 13 years (2007 was the birth of this blog) .
If you are my fan and has been for many years or a newbie and if your beliefs are like mine, show up. Be present. I want to see you. I want to feel you. I want to hear you.
Come fully with your essence. Vibrate with love. Rise up with love. Do what needs to be done. If not find those who are like minded like yourself. And participate actively.
Or create your own cause. Be the leader. Your life is a gift and a miracle. You definitely will make a difference if you take one step everyday, to support those and what you truly believed in.
Honour your existence. Participate fully.
That’s what I feel like saying…
Meanwhile, these are where you can connect with me:
linamasrina.com
Instagram
Twitter
Pinterest
YouTube
Linkedin
linamasrina@gmail.com
Check out my every day “what i feel like saying” : Women Empowerment Series : Everyday, Be the authentic, conscious and abundant women that we already are (the art of being).
And affirm and visualise that powerful woman !
(Visited 14 times, 1 visits today)