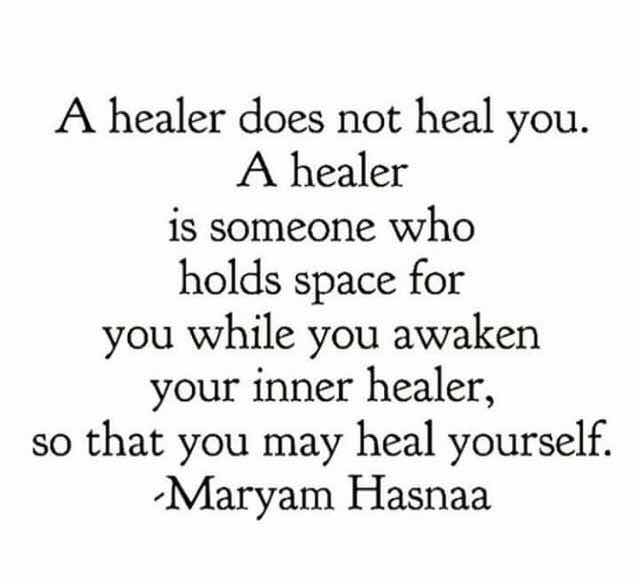 …in my definition, it means a healing facilitator (my definition of a healer because the one healing is not me, it’s you and the Divine Love).

When I was 18, I was learning to be Quranic teacher and somehow the school gave me the opportunity to be a Quranic healer.

That was great for dis-eases and such but they also focus on jin and spirits.

In Islam, when one body has laid to rest in the ground, the soul will leave to another realm.

And whatever was left behind was not their souls. Though some may see or feel identical souls/spirits roaming about or coming home.

I was taught that they are called Qarin. Our jin counterparts that are not Muslim and very identical to us. (It was said that only Qarin of the beloved prophet Muhammad pbuh has Muslim Qarin.)

So it was my understanding that God only create humans and jins. So apart from the physical states that we can see-humans, animals etc… all other beings and whatever spirits in this world is from the jin, made of fire (Unlike us made of clay).

And in that journey of being a student of healing with the Quran, I’ve witness my teacher and my seniors perform many healing sessions whereby the jin that reside within humans were asked to exit.

Gently mostly (through Islamic conversions if they agreed) and by force (thru Quranic recitations that can burn them) if they refuse to leave or in some cases they became violent.

These Jin are often caught by mediums (aka bomoh in malay) who practised black magic arts. They were then caged and were guarded by other bigger fiercer jin. And they will be tortured if they refused to follow the mediums orders. So when we communicate with these jin, they were often petrified to exit the body of victims because of these Guards watching over them.

So we asked them to embrace Islam and teach some basic information of Islamic religion.

And if they agreed, we asked them to travel to the nearest mosque or Mecca whereby other Muslim jin can be their community and help them from these “evil guardians”. And we also shared with them a special Quranic recitation whereby they can protect themselves.

As for the patients, we asked them to recite the Quran, pray on time, cover their modesty and be one with God in everything they do and trust and have faith. Often all healing sessions are immediate unless the jin have reside within them for years.

Jin and humans are different. They move in much faster speed and they can slow down to let us see them. They learnt fast and travel anywhere in seconds. Their age can be hundreds to thousands of years. And they can change shape. Sometimes in forms of black cats or snakes.

That’s why in Islam, if there is a snake in the house, we have to tell them to leave the house 3X or within 3 days before we actually kill them.

I myself have experienced “communicating with them” and “burning” them in reality when they refuse to exit my world .

I’ve witness local and international occurrence and healing. I’ve heard all kinds of reasons that humans went to mediums to incur pain to other human through jin.

Jin can travel through our blood streams. But those who are one with the Quran like my Hifz Teacher, these jin cannot enter their body. Because they are always reciting and memorising the Quran, they cannot even enter. They felt the heat when near them. Like being burnt.(We had many opportunities to converse with them during healing sessions)


Also stroke and depression can be also due to their “intrusion” within us. There is a very long recitation of prayer/supplication in books, that one has to read at least once in a lifetime.

So while I’m still navigating my own personal spiritual path and met other spiritual enthusiasts, I’m still not on board with the fact that the mediums are actually communicating with the real departed souls of humans. To me they are jin.

So that’s why I’m not a medium.

Although I have changed lots, my foundation is still Islam.

And although my friends started calling me that and all the “woo-woo” stuff, I don’t really care. For me, I know my boundaries. I know what I can do and who I can help.

I do “communicate” with everything and anything whenever i feel like (like a child who talks to everything including the trees and the bench in my heart) but I do not connect mortals with their loved ones who have departed. So that’s one service I don’t do.

These are whatever information I’ve learnt and can remember. I shared in hope can shed some light to your own experiences.

Healing from entities (jin, witchcraft, black magic), normally recitations from the 3 KUL (sura An-Nas, Al-falaq and Al-Ikhlas is sufficient but if not, read on)

(the above is in malay language, by my rough translation, it meant: Recite the Surah Baqarah, verse 255 -7 times, and every time, choose a direction beginning with the right, left, front, back, top and bottom. and recite the supplication-Dear God/Allah, please create for me an iron city (shield) for me that cannot be penetrated by desires/nafs, iblis, jin, syaithan (devil) and mankind. then blow 3X at each direction after every recitation. and the last recitation end it with this supplication: Dear God/Allah, protect me and my generations (by blood) from any disruption caused by lust/desires/nafs, iblis, jin, syaithan (devil) and mankind. (I personally add – dan dari fitnah Dajjal (including the lies/illusions to misled, created by Dajjal).

Thank you.
I love you.