In high school, I believed everyone had their fair share of puppy love and crushes. I believe we all have different types of admirers. Some were secret and some not so.

One boy kept following me home after his badminton practices.

I don’t mind him shadowing me. He was cute and nice. He lived nearby and it felt like he was walking me home (few steps behind me).

I was very shy and did not take the initiative to connect.

So, for few months, we walked together (me in front, him behind). Both aware of each other’s presence and liking but none has the courage to say Hi.

So when I decided to break that shyness once and for all, he ended up falling for my friend and “shadowed” her home.

Another was about a boy who was my friend. He liked me for 3 years secretly. When eventually I found out, I was angry because if he had told me, I would have saved him those years. I was not interested in him but I treasure our friendship.

In both cases, I’ve learnt that I need to be more assertive.

More masculine than indulging in my feminine shyness.

So after that, I told myself to proclaim my every liking and crushes to the boy/man I’m interested in. In hope that if any boy liked me, he too will have the courage to do the same.

It’s okay if I was rejected but at least, I did not suffer in silence (like my friend did and I did not even reciprocate after 3 years?! I tried but the feeling was more brotherly love).

So…to prevent that from happening again, I became more masculine in my love stories.

Instead of being pursued, I pursue the men in my life.

As a result, I noticed that the men, I ended up with were more feminine. The more “macho” ones, escaped. I guess, we kinda repel each other.

It’s not a bad thing. I treasured men who shared their soft sides with me. Sensitive, empathise, caring, teary-eyed after rom-com movies and many more that not many men are able to do.

But as years went by, I changed.

Through many personal development courses and spiritual programs, I’ve learnt that I was too much in my masculine energy. And I tried to remedy that by softening and flowing more to my feminine side.

And as it became a balance for me, my partners’ femininity became a turn-off.

I wanted a man who is more masculine. But while I have the time, space and support to change. He did not.

And eventually we parted ways.

When I became a single mom of two boys, my old habit came back. This time more masculine than ever.

I became so protective of my family that even my male friends detected its “repelling” stench.

One male stranger uttered to me-“You are a very very strong woman” (from the way he said it, I’m not sure if it’s a compliment).

No wonder, whenever I like someone, he will run away.

Back then, I felt like I had no other choice. We had no supporting family and I felt that it’s my duty to be the “man” of the house.

I had to muster whatever courage and bravery to storm any weather with my kids.

When I attended my second warrior camp in Spain 2016 as a crew… for the first time in my life, I felt relaxed.

My guard was down and so was my wall. I felt safe.

There were many masters. Males and females. And I noticed a surging protective male energy surrounding me as I let go what I thought I’m supposed to be-male version of me (No one came to rescue me so, I be the hero.)

For the first time, in my life… I felt no need to act tough. Or to stand guard. Immediately I trusted these warriors like my own family. And as an empath, that means a lot.

The weight of the world gave way. I no longer felt it’s burden.

I let go and surrendered to these warriors and goddesses’ energies around me.

I fell, I cried, I laughed, I danced… I was not afraid to show my wounds or my weakness. I was at my most vulnerable. And I love every bit of it.

And I asked for help and I received them with Love.

For years, I had difficulty asking for help. It’s always me to the rescue. Helping others.

But in that moment of being in the warrior camp… I felt so liberated.

Flowing in my feminine energy and Essence. And joy erupted from within. I am Love.

It felt like all these feminine energy had been locked up in the attic of my soul. And now it’s free…

As I worked on myself further… and embrace my femininity fully, I noticed my surroundings were filled with strong masculine women.

My mom is one of them.

It’s not easy when one has been more “masculine” all these years, for ages. It felt like a part of the identity.But I have to do my part…

I cannot go around telling others what I’ve not mastered yet…but I will do my best.

While sharing these with you, I knew that I have to walk my talk.

And me going for the warrior camp this summer… I know I have to disrobe whatever armour I’ve held on to…And do my best to be in my most joyous feminine self.

All I can share with these strong women is…

Please don’t be “overpowering masculine” just to protect ourselves….

Embrace that vulnerability within…
And harness both feminine and masculine together as a synchronisation of harmony within.

It’s supposed to be a dance…

Trust ….the Universe has our backs.

It’s not easy…so take one step at a time.

I love you,
warrior goddesses of the world!!!

Note: Everyone has masculine and feminine energy within. Just make sure you balance it out, not necessarily 50-50 but what sync well with your being as a whole. 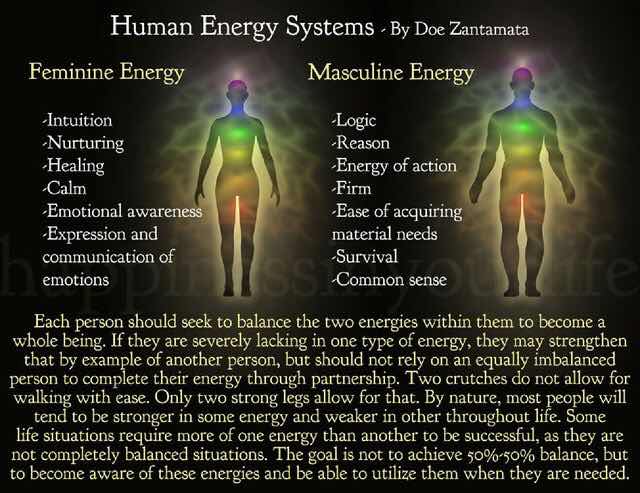 P.s: This year, I’ve been blogging while traveling. Did not have the time to truly edit. So pardon me for all the silly mistakes done (grammar/language etc..not that I really care;)…all these are truly shared straight from my heart.